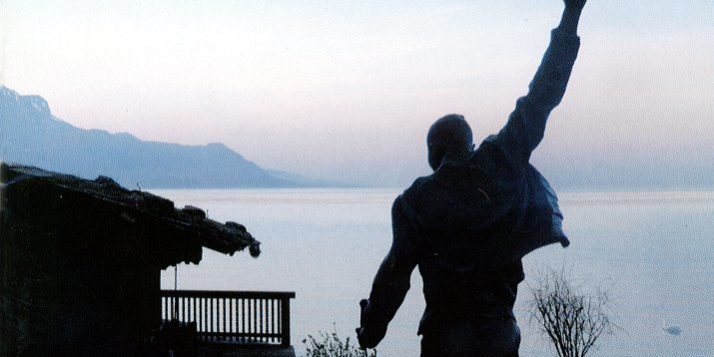 Everybody remembers their first 45 single; first concert; first song they ever slow danced to. My first 45 was the single, “Another One Bites the Dust” by Queen. It’s not even my favourite Queen song now but growing up in Saskatoon, Saskatchewan as a young, Indo-Canadian girl I loved it. I loved it enough to spend my money on the LP with enough change leftover for a blue raspberry slush at Woolco. I forgot this was my first single ever until it played during the movie, Bohemian Rhapsody.

Growing up as a young Queen fan I remember knowing that Freddie Mercury was of Indian descent. He was very fair-skinned born in former Zanzibar (now Tanzania) and grew up in India before moving to Britain. Many Parsis are fair-skinned, however, I knew he was Indian. I remember thinking to myself as a very young kid, “he’s Indian. He’s a Rockstar. Why doesn’t anybody know or care that he’s an Indian Rockstar?”

I also remember as a small child and even as an adult today people saying to me, “I don’t see you as brown. You’re just like me” and they’d say it and mean it as a compliment and I would take it as such. Sadly, many visible minorities have unconscious biases against themselves. Viewing themselves as less than and praising themselves when someone does not see them as different. I don’t think that Freddie Mercury inadvertently didn’t promote his ethnicity- nor his sexual orientation. It was purposeful, calculated, on-point, and exactly what he probably needed to do in the early 1980s- or Aidies- as some coined that decade.

Freddie Mercury was innovative, creative, flamboyant, and a non-conformist that did not wish to be defined by his sexual orientation or his ethnicity but rather be known for his musical brilliance. Yet, with diversity and inclusion comes innovation and creativity. Freddie Mercury brought diversity of perspective and thought into his music. Dyson hand dryers did not recognize hands that were not white initially. Vocal recognition software did not recognize female voices when initially launched. Diversity drives innovation.

I do believe 2018 is slightly different than 1982 and, for that, I’m grateful. However, as a professional speaker and trainer who specializes in cultural diversity, diversity and inclusion, and inclusive leadership there is still a lot of work to do. Case in point- I received a request last week from a large US-based firm where employees were calling other employees racial slurs on the job site. They wanted a trainer to come in and speak on racial sensitivity. In Canada, this is a human rights discrimination case. Just sayin’. We have some work to do.

Noah, a trans Millennial said, “ I am proud to be trans. I am proud of where I come from, who I am, and the best friend of mine that I pretended to be for so many years. I have worked hard to build myself a life I am content in, and to have filled it with lovely people like those who, if they made it this far, are reading this. I exist and whether or not you teach young people about trans identities, we will still exist. Instead of alienating and hurting them, lets provide them with the security, support and vocabulary to find and be proud of themselves. The power of feeling valid as though I am not an error, anomaly or a mistake, as though there is no part of me I need to hide or be ashamed of, has let me lead a life better than anything I would have dreamed.”

Noah, like Freddie, brings a diversity of perspective that not everybody has. A uniqueness that shouldn’t simply be tolerated.  It should be celebrated.

Because we are all champions, my friends.