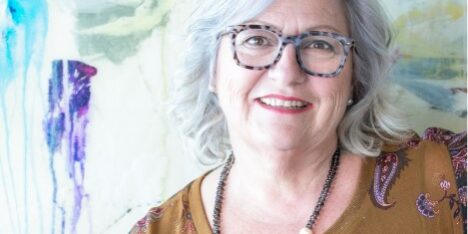 I met Andrea Davis initially at the Canadian Association of Professional Speakers (Calgary Chapter) of which I’m currently serving my third term as President. Andrea, originally from South Africa, is a survivor of the Costa Concordia tragedy of 2012. I consider Andrea an esteemed colleague and dear friend. Such a dear friend that when she recently travelled to south India with her husband she brought back Indian sweets for me to savour- that kind of friend. She graciously agreed to guest blog for me as I find her writing riveting. I hope you do too.

Born in Johannesburg, South Africa in 1958, I grew up in the midst of the appalling and horrifying apartheid era.

I knew no different, I was well educated and loved learning. Apartheid denied me any indication that there was a different way to learn and to live, in the time before the World Wide Web and news on television. Radio news and local newspapers were all we had. This was restricted, limited, and censored. True evidence of apartheid’s evils was tucked away from us… in the darkness.

The country was governed by Whites (only) and served by Blacks.

Yet we were all South Africans, divided by diverse skin tones and cultural histories. Why did our beating hearts and breaths of the same air not unite or equalize people then? How could the miraculous flow of blood within each human being, work against us when we all loved our country with the same passion?

We now know the gut-wrenching pain, the struggle against ruthless inhumanity, discrimination and destruction.

Whatever we were not supposed to know was knowledge denied, “banned” and obliterated from potential discovery.

But the obscure, the dingy, the devastation and the cruelty were eventually exposed.

In 1990, President F. W. de Klerk released Nelson Mandela from prison and from his former silence.  Mandela was an anti-apartheid revolutionary, political leader. ‘Madiba’ as he was so fondly spoken of in later years was a philanthropist and visionary and later served as President of South Africa (1994 – 1999).

Apartheid, the name given by the white-ruled South Africa’s Nationalist Party in 1948 in the country’s harsh, institutionalized system of racial segregation, came to its official end soon after that. Its victims gained their freedom.

“As I walked out the door toward the gate that would lead to my freedom, I knew if I didn’t leave my bitterness and hatred behind, I would still be in prison.” ― Nelson Mandela

This was a period of jubilation and pride for a man who demonstrated unconditional bravery during 27 years of torture and victimization.  Dearly loved by all and respected globally, Nelson Mandela offered a new beginning of dreams and reunification. A hero to all nations, he stood for equality and freedom and led by example.

Forgiveness in the aftermath of freedom

Too little, too late.

Murder, rape, crime, corruption and cruelty.  Reality was no longer disguised and silenced. The sounds of terror raged. No longer random but rather by the minute, the hour. Daily headlines, deafening screams and chilling evidence.

We feared the stillness of the pitch-dark nights. The silence that was shattered by gunshots, sirens and cries. Mourners awoke as the morning dawned to another day of distress and anxiety, disguised by hope.

Another year passed. Time was denying our dreams of optimism. Corruption was destroying all security, trust and faith.

August 1997 …. The future for our family was a dream, or was it a nightmare? I relive the emotions of walking away, bidding farewell to my beloved elderly mother, siblings and family.  Constant recollection of these daggers, chills and crushing pain.  My husband, our two young children and I were flying out of South Africa that evening, leaving behind a lifetime of love and relationships. Leaving the country of juxtapositions of raging beauty, character, cultures, warmth and sunshine set against violence and terror.

But the memories endure. Magnificent memories of childhood, transitioning to adulthood, and devoted parents. Together we shared our love of nature, discovery and glamour. A country where flora and fauna abound and where song and dance express in vivid color. The flavors of spice-filled foods and aromas of Cape vineyards are imbedded on my palate. We left behind the African sky, but my memories remain crystal blue. The movement of every blade of grass, the dances of the spring lilac Jacaranda trees. Thrusting seas with waves that crash onto the endless beaches. The fragrant smells of the African air, the music of chirping birds above swarming insects. The night-time rings of stridulating crickets. The warmer it is, the more crickets sing in harmony with hooting owls and clouds of bats. Black Mambas, Cape Cobras and Puff Adders  slither across roasting midday landscape.

Memories. So many. Of African landscapes, beach vacations, national game parks and safari. Wildlife, The Big Five lived so close to our doorstep. Plains scattered with Vervet monkeys, zebra, giraffe and impala. The galaxy in the night skies. And the fresh air that enforces rhythm through every vein.

My love of the African aura still energizes my heart. Its tastes and textures feed my soul.

Beautiful people define my being.

The choice to start afresh.

What were we doing, where were we taking our children, how can we so willingly destroy our family ties?  My mother had nurtured me for 37 years, and we were leaving her. We had blessed her with two grandchildren, the oldest at the time was 15 and our youngest was only four.

We were raised in a cocoon of a loving family, embraced in the continuity of love, comfort and tradition from generation to generation.

The driving force was intense, safety, security, discipline, and order.

We were leaving behind the uncertainty of a new government, corruption, crime, injustice and unimaginable violence and absolute terror; nation being taught to lie.

I shut the door for the last time and walked through the gate towards a complexity of beloved memories and glistening rainbows of anticipation and aspirations.

The gateway to our new home had opened, symbolic of freedom and choice. Together with few belongings, we were leaving for Canada.  The future was a blur of curiosity, trepidation, excitement and adventure.

Gratitude for freedom and opportunity, justice and order.

Our eyes opened to snow-capped Rocky Mountains, the sounds of swooning Canadian geese, rambling rivers and the stillness of borderless lakes.  To a frigid climate that welcomes coyotes, deer, bears, bobcats and moose who sometimes visit our yards. To children sledding and families skating on the frozen lakes. To images that once were only colors on the palates of paintings, jigsaw puzzles and on seasonal cookie tins.

Memories of the hype during a game of cricket, outdoor tennis and water skis are now over-ridden by our passions for hockey, downhill-skiing and family mountain hikes.

Each visit to South Africa reminds us of the passions and privileges we enjoyed back ‘home’. And yet when we return to Canada, we know that we are now home, in a place of serenity, structure, discipline and trust. Security, cleanliness, faith, and fortitude.

And above all else, we value our freedom here, where love abounds and all lives matter.  And where the bad memories are becoming a distant dream.

Psychological Safety and Me
July 1, 2021
Feelings of Isolation and Inadequacy
April 6, 2021
Go to Top