I Can See Your Voice 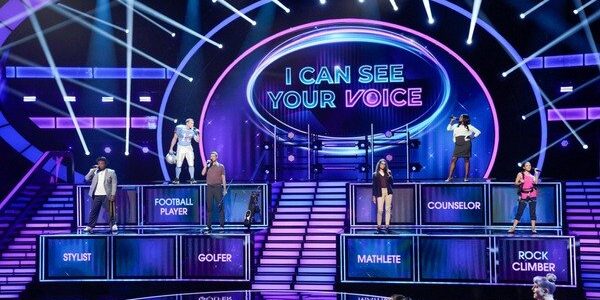 Have you watched the game show “I Can See Your Voice”?  Now there’s an oxymoron.  Anyway, there are six secret singers who dress up as their occupation and a contestant will attempt to eliminate those who they think can’t sing.  There are a group of celebrity detectives or coaches who offer insight and clues to the contestant throughout the show.  There are six rounds, lip sync challenges, a video clue round, a studio session recording round (the singers voices are altered), a question period round and finally when there are two singers left the contestant chooses the secret singer they think can actually sing.  That singer remains on stage and performs a duet with a musical artist and it is here that we learn if the secret singer can indeed sing.   If the contestant is correct, they win $100,000.  Not bad for an hour’s work.

The real beauty of this show is that the secret singers are only known by their occupation, not by their name.  They are dressed in costume and named according to their profession.  There may be someone dressed as a chef aka The Chef, as a football player aka The Football Player, or The Golfer, Stylist, Counselor, Rock Climber, Auditor and so on.  Based on what you see, a little bit of acting during the lip sync and few clues from the celebrity detectives you decide who can sing and who should never pick up a microphone.  Ever.

Immediately you have an opinion.  Before any one of these people open their mouths, dances, acts or simply moves to position on stage you will form an opinion.  In seconds you think you know that the Rock Climber couldn’t possibly have a singing voice or that the Stylist does. This is unconscious bias.  We do this in our everyday lives.  We unconsciously have social stereotypes towards a person, beliefs about various social groups or we might be drawn to someone who is the same colour or ethnicity as yourself.

In this game show it is easy to think that a server at a restaurant may be able to sing because they sometimes have to sing Happy Birthday to a table.  Do you assume that an Auditor only knows numbers so most likely can’t sing?  What about that Football Player?  Yeah, he couldn’t sing.  The point is unconsciously we create an opinion, right or wrong, before we even meet these people.  The surprise is when the person you thought couldn’t sing belts out a song that blows the roof right off the studio.

We are not bad.  We just have a brain that unconsciously takes shortcuts to process information and draw conclusions based on past experiences, pre-existing beliefs, the media, or cultural practices.  “I Can See Your Voice” is a fun way to test your unconscious bias.  Checkout the Heartthrob on YouTube.  Is he a smooth soul singer?  What about the Yogi?  Maybe she will just breathe all over the microphone.  It’s easy to think you know but remember that old lesson “don’t judge a book by it’s cover”.